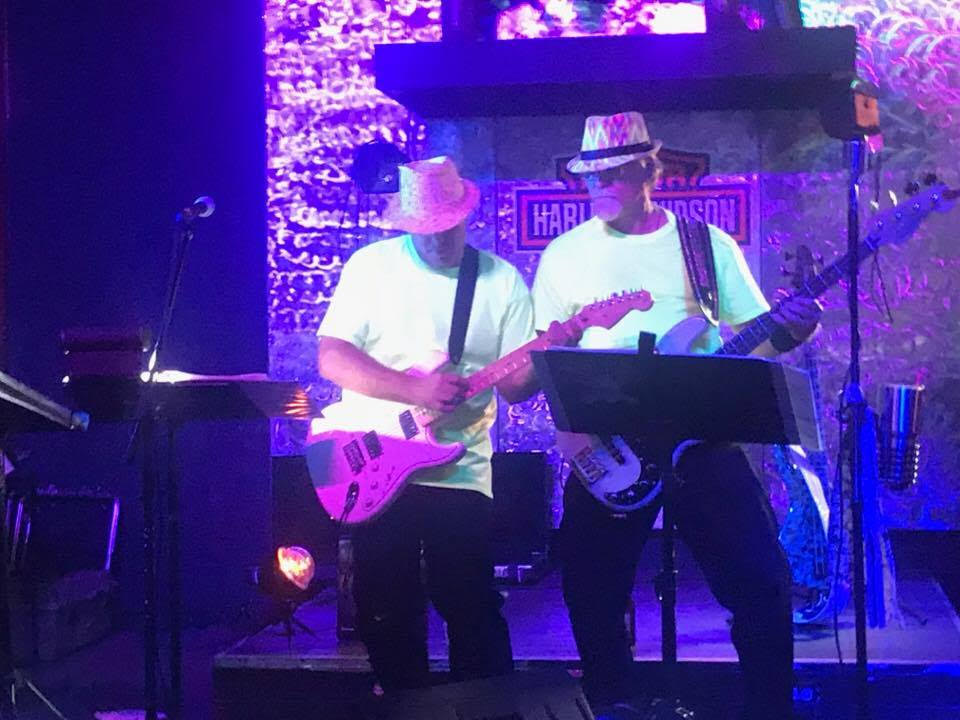 JJ EASY is a duo in Montgomery, AL, that features Jon (JY) Youngblood on guitar, keyboards, and vocals; and John (PRKNBNZ) Hall on bass and vocals. Each brings a wealth of experience in entertaining audiences in a wide variety of music genres. Whether it’s covers of classic rock, traditional country, country crossover, pop, blues, dance, alternative, heavy metal, or some other style, JJ EASY will have the crowd singing, tapping their feet, and dancing in their seats or out on the floor.

Jon (JY) Youngblood has been performing since he could pick up a guitar. He’s a native of Banks, AL, and he’s been playing in the Montgomery area for more than a decade. Jon’s most memorable gig was a performance at Cramton Bowl in 2009, where 3,000 people were in attendance. He says playing for a crowd that large was an awesome site from the stage that he’ll never forget.

John (PRKNBNZ) Hall has been performing professionally since the late 70s, when he was the bassist and vocalist for the local sensation, the Cruisin’ band. He has lived in Montgomery since 1960, and has established deep roots within the music community of the river region. John’s most memorable gig was opening for The Guess Who back in the 80s, where he has fond memories of his time backstage with some of the nicest guys he’s ever met.